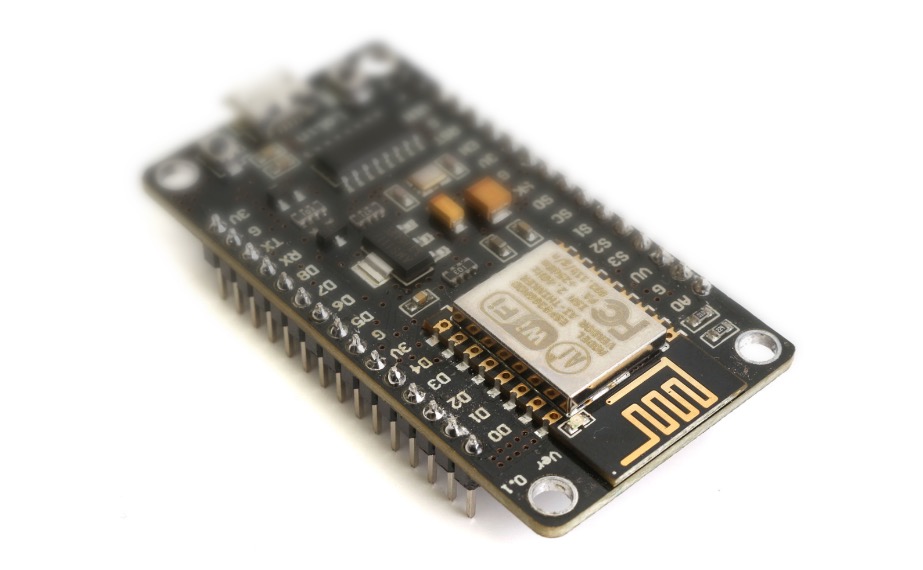 Do you want to build a simple IoT device using ESP8266? With built-in WiFi, it’s a fantastic platform for IoT and home automation. In this tutorial you’ll learn how easy it is to build an MQTT subscriber that you can control with messages sent from anywhere on your network.

In the previous article in this IoT series, you learned how to build an MQTT server (or broker) using a Raspberry Pi. Now you’ll see how to build a simple MQTT subscriber using an Arduino-compatible ESP8266 device.

Why the ESP8266 is an Ideal MQTT Client

Espressif Systems’ ESP8266 has taken the IoT, home automation and hobbyist world by storm since becoming widely available in 2014. If you’re unfamiliar with it, here’s a quick lowdown of the features:-

They manage to fit all this into a module measuring approx 25mm x 15mm (including pins and antenna), and the raw modules are available for a couple of pounds or dollars each.

You should have an MQTT server running before adding clients. If you remember from the introduction, MQTT clients include both publishers and subscribers. All the clients need a single server (called a broker in MQTT parlance) in order to pass messages between them.

If you’re new to MQTT then I suggest you read the previous article because it will not only introduce you to the core concepts, but it will also show you how to set up a simple MQTT broker and how to test it from your computer.

It’s important to choose the right board. Some of the raw modules available on Amazon, eBay and AliExpress are incredibly cheap – in some cases less than a dollar. However, the really tiny ones are intended for use as a daughter board in bigger system: they come with no voltage regulator or USB interface for programming.

For development purposes it’s useful to have a more “plug-and-play” style module. The NodeMCU style is an ideal format. Many different clones and variants of this form factor are available, but typically they all feature a dual-in-line (DIP) pinout that allows them to be plugged into a breadboard for easy wiring, as well as a microUSB port on the bottom for power and programming.

Here’s one I’ve used myself: a MakerFocus NodeMCU board available on Amazon

The NodeMCU form is also recognised by the Arduino IDE, which makes it straightforward to program.

I’ll be using a NodeMCU-style device for this tutorial.

Configuring Arduino IDE for the ESP8266

Important: The following steps assume you have already (a) added ESP8266 support your your Arduino IDE, and (b) configured the USB driver.

Follow these steps to configure the Arduino IDE for a NodeMCU-style ESP8266:-

There are quite a number of Arduino-compatible MQTT clients available now. One of the best-known is PubSubClient, which works very well and is simple to use.

In the Arduino IDE, if you select the Sketch|Include Library > menu option and chose Manage Libraries… then you’ll see the Library Manager dialog. In the search box on the top right, enter the text PubSubClient and you should see in the search results. Click on Install.

The following global constants and variables should go at the top of the file.

Add a couple of macro definitions for convenience:-

Now you need the WiFi config:-

And now the MQTT configuration:-

Create the MQTT and WiFi stacks:-

First of all the LED is configured as an output and turned off: logic high means off because the ESP9266 on-board LED is wired with inverse logic. You’ll use the LED later to show the status of MQTT messages.

Then the serial port is set up, and the WiFi configured.

No attempt is made to connect to the server just yet.

The main loop is fairly straightforward:-

The first thing the main loop does it check if the MQTT server is connected. If not, it calls the connectMQTT() function, which will wait until a connection is established. It’s important for the MQTT server to be running at this point.

Next, the MQTT client’s own loop() function is called. This is a vital step and no messages will be received is this is not called repeatedly from the main loop.

Finally the code waits a short time to save power and CPU like a good citizen.

The function to connect to WiFi is fairly straightforward:-

The connectMQTT() function simply checks for a connection, and of none is active it attempts to connect to the MQTT server.

A random client name is chosen for each connection attempt in order to prevent name clashes. The crucial piece of code is client.connect(clientId.c_str()) which attempts to establish the connection.

If successful, the client publishes a “hello” message on the topic test/message (defined globally at the top of the file). It then subscribes to the topic.

A callback is a function that will get called from elsewhere in the code when something important happens. Often it is used by third-party library code so it can inform user code when some event is detected, such as data being received.

Because of the way C works, the callback must confirm to a predefined prototype, in this case:-

This was defined by the creator of the PubSubClient library. It’s like a contractual agreement: the library agrees to inform you when a message is received, but its terms are that you must write a function that conforms to this prototype in order to receive the message.

If you’ve programmed languages that use interfaces or protocols then the concept is similar, but older and more primitive.

The first thing it does is takes a copy of the message, which is then null-terminated to make it a C string. It’s important in this case because the code is going to interpret the message as a string, but there’s nothing in the MQTT protocol that says messages have to be strings: they are simply sequences of bytes, which could be interpreted in any way the application intended.

The array where the message string is stored is statically allocated just once, on the heap. The allocated space is that of the maximum message size the function accepts, plus one for the string-terminating NULL byte.

Does the Callback Have to Be Re-entrant?

You might have questioned the callback code for allocating the message string statically rather than creating a new buffer on the stack every time the function is called. What if the function were called again before the first invocation was complete?

If you did question it, then kudos to you, but your misgivings are unfounded. The callback does not have to be re-entrant, that is, it will not be called again before it has finished executing. For that reason it is safe (in execution terms) to use a static buffer to handling the incoming messages.

Because of the nature of the Arduino core’s simple scheduling system, all user code is executed from  the main loop and all incoming messages are properly buffered.

In embedded systems it’s very common to use a static buffer in this situation. There are several reasons for this, but they usually come down to limited RAM and the desire to create deterministic code.

Non-deterministic code, such as when the stack gets too big, is often a source of difficult-to-find bugs. Keeping large buffer allocations off the stack helps prevent uncontrollable stack growth and reduces this kind of bug.

Ensure you have another computer, virtual machine or Raspberry Pi with the mosquitto-client package installed. (It can be the same one the MQTT broker is running on)

Load the code onto the ESP8266 board and open the Arduino’s Serial Monitor to check it connects to the wifi and the MQTT server OK.

Now from the mosquitto-client machine, launch an terminal and type:-

where mqtt-server-hostname is the hostname of your MQTT server. (Alternatively you can use its IP address.)

When you run this command, the following message should appear in the Arduino Serial Monitor:-

And more importantly, the on-board LED should light up!

And the LED should now turn off.

In this tutorial you’ve learned why the ESP8266 is a fantastic platform for IoT. You’ve also seen how easy it is to implement a simple MQTT subscriber client on the ESP8266. There are virtually no limits on the possibilities for this combination of hardware and software!

Have you made something great with this? I’d love to see your photos and hear your stories. Please send me feedback, either by leaving a comment below or by contacting me directly.